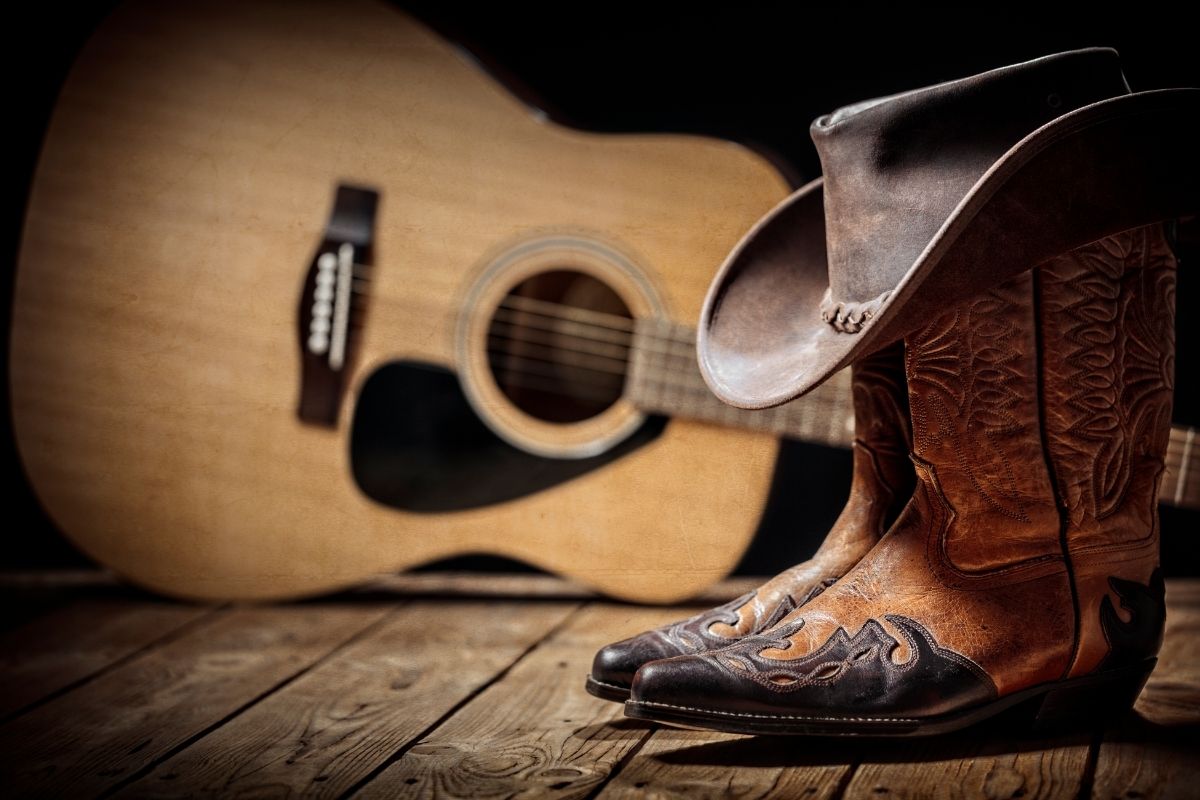 Country concerts can really be a wild ride, and they are often full of all sorts of Dastardly Dans and Sweet Sallys in their own unique outfits inspired by the wild west as well as general Southern state culture in the US.

Country concerts can be a fun place to get creative and wear some of your western gear that you might not strut down the sidewalk with on a normal day.

Whether it’s cowboy hats or tassels you love, a country concert can be a place to express your inner redneck. But there are also lots of more casual outfits that can help you blend into the crowd if you wish to.

It can also depend o n the sort of country concert you are talking about, what you might wear to your local square dance could be a little different to what you would wear to see Luke Bryan at the Carolina Country Music Festival.

While a country festival or country concert might seem like the last place you would get creative and expressive, they are often spaces where the country lovers get to express themselves and their love for the music so you can be a little out there with your outfits.

In any case, here’s our guide to what to wear to a country concert as well as some things to consider as well as avoid.

Let’s start with the obvious, if you have a hat you want to wear, then a country concert is probably your best place for blending in and meeting other hat lovers.

The obvious choice here is a cowboy hat, which is a pretty gender neutral accessory at this point. Whether you have a Stetson or just a silly pink cowboy hat you can still get down in the country concert.

There are, of course, many other types of hats that are appropriate for a country concert, almost any, really.

The more modern flat brimmed hats you often see people wearing a Coachella and other festivals are also a great style at a country concert. Even a straw hat from your scarecrow could draw a few hollers from the crowd.

Moreover, a trucker cap is already a pretty common sight in these southern states, so they don’t go amiss at a country concert and can still look pretty appropriate and suited to the environment.

Another common sight in the southern states and at country music concerts in general are belts and buckles.

It can become a real arms race to see who has the most outrageous and biggest belt buckle, but you can go really low key and classy too.

You want them to give something to look at when you slip your thumbs through your belt loops and do the hoedown.

In classic country style, go big or go home, you can get really outrageous with belt buckles whether it’s the Texas state, a soaring Bald Eagle, or a huge bull with horns, your belt buckle can really draw the eyes down, so to speak.

You can really impress others with this flashy ornament, and we can guarantee there will be someone else ready to show off theirs to you as well!

If this isn’t your style you can still honor this southern tradition with something small and personal to you. Something smaller can help bring texture to an outfit and can also embellish a more ‘plain’ outfit with neutral colors.

The belt buckle is also a gender neutral item so both the guys and gals can make their square dance a little more special.

Don’t forget the actual belt itself, you can get wild at a country concert so alligator skin, snake skin, or just normal leather can all be welcome.

A western shirt typically has something known as a ‘yoke’, this might make sense to our resident southerners but for those who don’t know the term refers to the designs on the front and back of the shoulders of a shirt.

Western shirts often also have tips on their collar or you can add your own tip to the collars.

You can get quite creative with the yoke on western shirts, whether it’s sequin embroidered swirls or embroidered flower patterns, or just a simple outline, a yoke is what really makes the western shirt ‘western’.

You can also go short sleeve or long sleeve, which is great if the concert is outside.

Other choices of shirt type can include the classic checkered or flannel shirt, this checked pattern can also be tartan or plaid which describes different styles of checkered pattern or material.

These are really common down south and generally across the US but look great with a pair of denim or any other country-inspired garment.

Plus, almost everyone will have some form of checkered shirt in their closet, man or woman. If you don’t want to fork out loads of money for something to wear, a checkered shirt and blue jeans can be a totally adequate outfit for a country concert.

If you want to make your shirt extra fancy then collar tips are the ideal embellishment for a country concert.

You can get pretty adventurous with your pants or trousers in a country concert, there are many western style trousers that may only be appropriate for a country gig.

The conventional option would be some trusty blue denim, this can easily be your go to when struggling for options as they can go with basically anything, they really are the every situation pants for most of the Southern states: work, wedding, country concert, basically anywhere.

Just get the boot cut jeans out if you are wearing cowboy boots.

However there are many stylized pants from the Western era that are still popular today. One that’s always worth considering are tassel pants!

Tassels are really extra but they look great among others dressed in the western style. There’s no more appropriate place for tassels on pants than in a country concert.

Moreover, there are plenty of other western style pants out there, flared trousers are often quite western, boot cut trousers, cowhide pants, or even cut outs pants.

Pants with animal print on them are great too in the country concert, we’re talking cow print or leopard print but any will do. Just think ‘cowboy’ and you’ll be onto a winner.

We’ve already discussed hats and belts but accessories are always some of the best ways to make an outfit really pop and remain special.

One accessory that is simple western through and through, a sight you will see everywhere in the Southern states, is the bolo tie.

The bolo tie is a classic type of western tie, it was originally developed as a way for the traditional cowboy to attend smart events without changing too drastically.

Originally, the bolot tie was the band around your cowboy hat, but as it became a smart-casual crossover item, many other southern hearts adopted this into their style.

It is a great accessory as it is both rugged, casual and also smart. With a short sleeve button down this looks really casual but shows your southern heart, or with a suit that can look pretty dapper.

If you walk into a country music concert and you don’t see some cowboy boots, we think you might be at the wrong venue.

When you think of country music, it’s likely the first two garments that come to mind are the cowboy hat and the cowboy boots.

Cowboy boots look badass on both genders and are their own world of creative customisations, bespoke made boots, as well as traditional and historic items.

Whether they are your grandpa’s old boots and they need one last square dance in his honor, or they are some special cowboy boots you don’t get the chance to wear too often, a country gig is literally the best place to wear them.

When you’re doing the hoedown or a square dance you want those boots to point out of your jeans and be the center of attention.

If they match your cowboy hat then you really are onto a winner, or even matching a whole suit. We would suggest having some boot cut pants if you are going to rock some boots, really freeing up those ankles to twist and turn.

If cowboy boots aren’t your thing and you want something more lowkey there are still plenty of shoes out there which look great in a square dance.

A cuban heel wouldn’t go amiss in a country concert and can provide some latin flare to the occasion. Anything with buckles and leather is pretty on point style wise.

The ladies may enjoy wearing some knee high boots, or western style boots in a tan or suede material can also be great, just make sure you can still get down in them.

If it’s hot or the concert is outside some tan sandals and the like can also be totally appropriate for the occasion.

At a country concert, depending on which of course, while there isn’t necessarily a dress code it is certainly an invitation to get out your western and southern gear and celebrate your heritage.

So, it can be courtesy to at least attempt to not turn up in totally inappropriate clothes.

It has to be said, if you turn up to a country concert in trainers and a track suit you will just stand out and ruin others’ immersion within the scene.

It’s perhaps easier for a woman to trip up on this front rather than men as their fashion can be very varied.

Like we said, many people enjoy the country concert for its spectacle of fashion and expression of this sort of culture so it can be worthwhile to join in rather than stand out.

Hopefully this guide has given you lots of ideas to dress up smart and stylish at a country concert. The obvious choices are cowboy and western outfits, but you can certainly experiment.

The most important part is to try to join in with the expression of southern and western US culture, don’t be a square and turn up in a hoodie, let your inner cowboy out and hustle for a nice shirt and some boots, we promise you’ll have so much more fun this way! 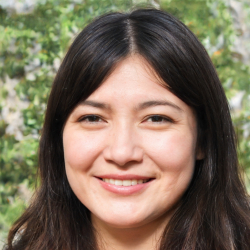